Our people and language have a rich history. Long ago, three distinct groups came together to make the tribe – the Awatixa, the Awaxawi, and the Hidatsa-proper. 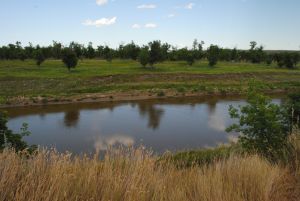 An origin story, told by Buffalo Bird Woman (Maxidiwiac; Awaxawi Hidatsa), explains that we are called “People of the Willows” because we were once so numerous:

Itsikamahidic [a powerful god] pointed to the opposite side of the Missouri. “There,” he said, “shall be your village.  You shall grow up like red willows, so numerous shall you become.”

The Knife River was our home from 1500 to 1845. Until the arrival of European settlers in the 1800s, everyone in the tribe spoke Hidatsa.  With the Europeans came successive disease outbreaks and wars that caused the loss of many traditions. U.S. Government policies that forced relocation, prohibited traditional practices and created multiple dams separated many villages and families. This, too, contributed to the decline of the language.

Today, we estimate that less than 100 people speak Hidatsa fluently, most of them overt the age of 65.

Learn what the MHA Project – Hidatsa is doing to support the language.